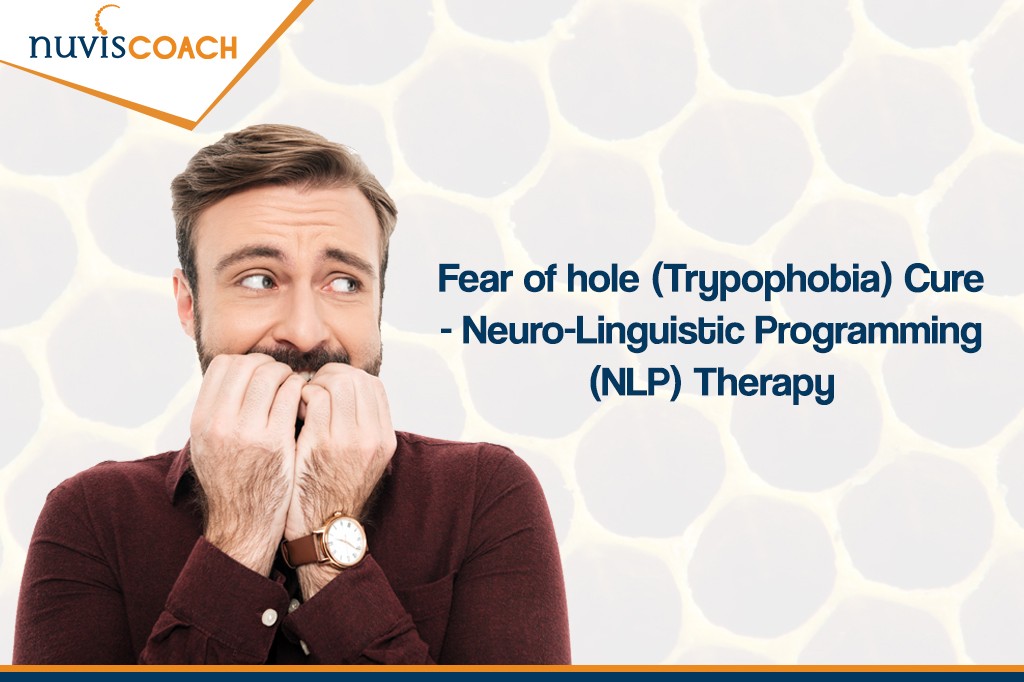 Posted by Admin on Jun 29, 2020
Trypophobia or fear of holes is abhorrence to the sight of irregular pattern or a group of small and clustered holes or bumps. It is not officially recognized as a brain disorder, but can be determined as a phobia.

Also research on Trypophobia is relatively rare, but some of the most common triggers that were found are:-
- Coral
- Holes in diseased or decaying fish
- Holes or bumps on flesh
- Insect eyes
- Lotus seed pods
- Condensation
- Honeycombs
Also some patterns created man-made or even some animal pattern like a cheetah’s coat or any patterned animal can also phobic reaction.
Symptoms of Trypophobia or fear of holes can be similar to those of other specific phobia. After watching triggering objects like small cluster of holes or bumps a person suffering from Trypophobia may experience.
- Feeling of revulsion
- Fear and anxiety
- Panic attack
- Rapid breathing
- Itching
- Nausea
- Vomiting

NLP AND FEAR OF HOLES:

Neuro-linguistic programming and hypnotherapy are ways to cure Trypophobia or fear of holes. The method that is used is called The Rewind Technique, also known as fast phobia cure, it has been evolved from the technique called VK dissociation which was developed by Richard bandler one of the co-founder of NLP. Simply put the technique works by allowing the traumatised person while in a safe and relaxed state, to reprocess the traumatic (disgusted) memory so that it can become as an ordinary memory. This is possible by enabling the brain to shift that memory from amygdala to neocortex. This may help ease the patient’s condition and the patient may start to heal.

We at NUVISCOACH encountered a patient who was suffering from this fear of holes when we asked him how it all started he told us that he was going through some pictures on the internet and suddenly this picture appeared of plant spores and he determined it as a small cluster of holes and he felt so disgusted after watching that picture that he quickly closed it but after some time he started feeling very anxious and he started shaking, he felt really emotional to the extent that he wasn’t able to sleep and then fear started to settle in, So Vinay Sharma NLP coach and hypnotherapist used couple of  technique’s regarding his condition by which we faded those pictures that was stored in his sub conscious and within 45 min of therapy we started  to get result now the patient is completely healed from this fear of holes or Trypophobia.

So NLP is a great way of solving these issues like this fear of holes and many other phobias and within couple of minutes you’ll get results we have many techniques which we use depending upon the condition or the type of phobia one is suffering from and we never let the patient feel any feelings of distress.